At Indie Campers we are building for the road ahead in 2021. Our ever-growing Indie league is sowing more seeds across Europe, including the UK. We are stoked to announce the opening of our new locations (Manchester – England; Nantes and Toulouse – France; Hannover, Stuttgart, Leipzig and Essen – Germany; Malmö – Sweden). We are also offering new campervan models in several locations, including the launch of the Nomad in the UK. All new products are available online for trips from May 2021 onwards.

Our new branch in Manchester is part of a strategic expansion of our geographical footprint in the British isles and will work as an ideal complement to our existing depots in London and Edinburgh. Get ready to experience a compelling mix of modern culture, fantastic food, a world-famous music scene set against the backdrop of a rich industrial heritage. There are exciting cities such as Liverpool and Chester that are an arm away, and the Lake District and Peak District are just down the road – simply put, Manchester is a prime starting point for a weekend adventure.

“Manchester is the perfect location for our new depot in England, as it has proximity to some of the most trendy road trip destinations in the UK: the Midlands, Yorkshire and the North West. As we expect the interest in staycations to continue throughout 2021, this will be an extremely attractive destination for British travellers,” says Pernille Hembre, Indie Campers’ Marketing Lead for the UK.

Best places to visit from Manchester

Within 45 minutes drive on Manchester city centre you can enter Peak District National Park. The park renowned for one of Britain’s most ancient landscapes with forests and patchwork farmlands, crisscrossed by creeks and with great lakes and reservoirs, is a wonderful place to go hiking, and one of Britain’s great National Trails starts here in the community of Edale. The area has some of the country’s most epic roads for road trips such as the scenic and protected green valley of Winnats Pass, as well as the legendary Snake Pass in Derbyshire.

Less than 1h 30 min drive north from Manchester you are in the Lake District National Park. Lakelands’ unique landscape offers lots of walking routes, hiking, and kayaking or stand-up paddleboarding options along the road.  The scenery full of lakes- including England’s largest lake the Windermere – forms beautiful rural landscapes interspersed with bucolic villages. We suggest either exploring the ultimate round trip to see most of the area at once or break the route up for a weekend getaway. In the Lakes, we recommend driving through the Kirkstone Pass from Windermere to Ullswater, visit the town of Grasmere and hike up Helvellyn.

About 1h 30 minutes north of Manchester, through Burnley, you can enter the Yorkshire Dales. “Dales” actually means several valleys, in which each is formed by a local river. The national park of Yorkshire Dales encompasses some of the most unique landscapes in England, such as the mystic landscape of Brimham Rocks in Summerbridge, the 80-meter high curved limestone formation in Malham Cove and rich cultural heritage. The dales have long been a favourite for a weekend UK staycation, largely due to the range of activities and landscapes in the areas, from mountain hiking to caving, swimming in waterfalls and idyllic villages. If you want to hunt waterfalls, we suggest the Ingleton Waterfalls Trail, a circular hike from the village of Ingleton as Janet’s Foss outside Malham.

The North York Moors are only 2h 30 minutes northwest of Manchester, past York city. The park contains one of the largest areas of ling moorland in the UK, accompanied by the small fishing villages on the west coast. To explore the area by road, a great starting point would be this 90-mile road trip that encompasses hidden dales, bleak tops, steep passes through iconic valleys, and small coastal villages. We suggest grabbing some fish and chips in Whitby, hike to the Mallyan Spout waterfall and a detour to the small fishing village of Robin Hoods Bay.

Things to do while in Manchester

Unlike London, Manchester is a city where almost all its attractions can be visited on foot, from the centre.

In Manchester, there are currently 15 buildings with Grade I preservation, the highest in the UK, which does not allow demolition, or any alteration without government approval because of its significance. Two of these fifteen are located in Albert Square: the headquarters of the City Hall and the Albert Memorial.

The Roman ruins of Castlefield

The biggest local highlight is the ruins that demonstrate the Roman presence in the city in ancient times. There is a fort, located next to an area transformed into an urban park and the remains of an old wall.

The Football Stadiums in Manchester

Manchester breathes football. With two teams the size of United and City, it is undeniable that among the biggest attractions of the city are the stadiums of their clubs.

A tour of the Northern Quarter

If you enjoy getting to know the more alternative side of the city, you will spend a good part of your time in Manchester walking through the Northern Quarter. The neighbourhood, previously undervalued, has become the major focus of urban development in the city, with many art galleries, cafes, bars and trendy restaurants operating there.

People’s History is a museum about democracy, social struggles, union movements and all the battles fought in Manchester for the conquest of civil rights.

Melita is a complete newbie to camping, although loves going on treks, hikes and being in nature. Her travel stories are here to inspire all first-timers into trying out this unique experience and exploring the great outdoors. 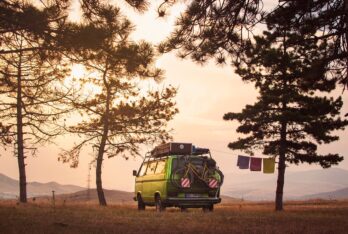 Wild Camping in the UK – Where is it Allowed? 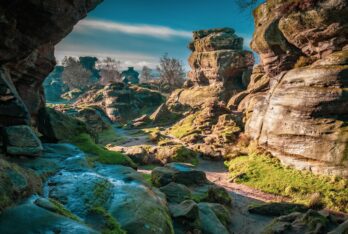 11 outstanding spots for the ultimate UK staycation in 2021