There’s no being bored in the car when you have a good set of road trip games at your disposal. Because while music sets the mood and a good book transports you to another world, road trip games are so much fun because all of your travel companions are involved and having a good time.

Everyone enjoys a good laugh, whether it’s kids playing ‘who am I?’ with their parents, the whole family cracking their heads over a word game, or friends goofing around with absurd proposals of ‘would you rather’. We listed fun road games to play in the car or on a campervan hire for all these types of travellers. We have listed 13 different road trip games to pass time in the car and make your time on the road more amusing.

“Let’s see who can stay quiet the longest!” Parents, don’t suggest ‘the quiet game’ to your kids in an attempt to outsmart them. Kids love a good laugh and to have their brain tickled.

If you are going camping with kids, entertainment on the road is key. A good road trip game does both and goes beyond keeping their brain occupied. It’s a super fun way for parents and kids to solve riddles and crack jokes together!

This has to be the ultimate classic car game for kids. We all remember spying with our little eyes something our siblings could never guess.

A quick rundown of the rules for those that need a reminder: the player that is ‘it’ secretly spies something that others can see but won’t easily guess. Note that the object has to remain in sight for a while. The player then starts off by saying “I spy with my little eye, something that is…” and then gives a hint— colour, first letter, general direction, pick a clue of choice.

The other players then ask yes-no questions until someone guesses correctly. That player then has to spy something with their little eye.

Another all-time favourite, ‘who am I’ requires kids to don their detective hat and do some deductive reasoning.

Whoever starts first (rock, papers, scissors usually decides who does) thinks of an animal or person. The other players take turns asking questions to find out who or what that person is. Players can ask anything as long as it’s answerable with a yes or no, but they can only guess at the identity of the player while it’s their turn asking a question.

A fun alternative to playing free-for-all is by having everyone team up and getting a limited amount of questions each, as well as a maximum of three guesses. This cranks up the difficulty level as well as teaches kids how to work together.

Here’s a way to keep a long ride interesting. ‘Don’t say it’ is a road trip game for kids that

runs for the whole journey and will keep kids alert and on their figurative toes.

At the start of this car game for kids, players (or clever parents) come up with 3-5 words that are forbidden for the rest of the trip or until an event comes to pass, say until the next time you stop for gas. The player with the least amount of points at the end of the ride wins.

I packed my bag

Whether or not your kids are at the age where they pack their own bags, they’ll have to get packing in this game. And they get to take anything they want.

A memory game, ‘I packed my bag’ results in long lists of packed items. Players pick a destination for an imaginary holiday and then take turns saying “I packed my bag and in it is..” adding an item they’d bring after reciting what has already been out in up to then by all players and in the right order. Good luck carrying that bag!

A game you can keep running for a long time and that doesn’t require much from the grownups once they’ve convinced the kids to play. Sounds good?

Like ‘I spy’, ‘scavenger hunt’ falls in the category of road trip games that involve spotting objects. In this classic travel game for kids, come up with a list of treasures that the kids need to find along the journey. The one that first spots all items wins. You might want to keep score on a piece of paper.

With a few tweaks or simplifications, most road trip games can be played with the family. But somehow word games always get the whole family around the table trying to lay eight-letter words on a board of scrabble or keeping their stick figure from getting hanged.

Ditto for word games on a road trip. You might not have to get everyone around the table, but you still need them on board for a fun family game on a road trip.

Let’s just start with the best family word game you thought you couldn’t play without the actual board game. Well, scrabble is hitting the road because here’s a how-to play scrabble in a car.

‘The License plate game’ is played by memorizing or writing down the letters of the first license plate you spot and then forming as many words as you can. One license plate per player per round.

Apart from the letters on the license plate, two vowels are picked (unique or two of the same) per round that all players have at their disposal to add to their pool of letters. The player with the most words at the end of a predefined number of rounds wins.

A fun word game where everyone works towards getting a word as long as possible. But it’s not as simple as it sounds.

‘The infinite word game’ has one player starts with a word of their choice. Players after then name a word that starts with the first letter. The caveat? A letter is added to the starting sequence every time a player names a word. Obviously, players can’t use a word that has already been named.

With a little teamwork, let’s see how far you can get! (Hint: don’t use long words at the start.)

Being on the road doesn’t mean you can’t hang stick figures. All you need is a pen and paper. Or a foggy window.

We all know how to play hangman, don’t we?

One player thinks of a secret word with a quantified number of letters, say 6.

The other player then guesses words (of the same length) and is told how many correct letters match in the right position in the word and how many letters are correct but in the wrong position.

The guessing continues until the player identifies the correct word!

Travelling with your long-time pals? Then these travel games for friends are a great way to bring up old memories and have a good time. Or maybe you’re a newly formed band of friends? Then break the ice and get to know each other better with these road trip games.

Two truths and a lie

Depending on what truths and lies you choose to tell, this game is great for old and new friends.

One player makes three statements, one of which is false. The others guess which one. Sounds simple enough, right? The great thing about having to make three statements is you can get subtle mixing facts with fiction.

For instance, retell a past event your co-travellers were part of and slip in one tiny lie. Or, have others get to know you better by revealing something about yourself two truths and a lie at a time.

Never have I ever

Of all road trip car games, this is likely the most revealing one. Players take turns making statements starting with “never have I ever…”. The others then guess whether the statement is true or false.

Generally, the more rounds are played, the more embarrassing the statements that are made. Or maybe that’s just because the last time we played this game was in college and with drinks of choice on the table.

While you were sleeping

Play this hilarious game when someone dozes off. Which is bound to happen on a long road trip.

When you’ve made sure the unwitting snoozer is asleep, players make up a story that supposedly happened while that person was asleep. Everyone awake takes turns adding to the story. When the person wakes up again you all try to convince them of your made-up story. Whoever breaks character first or is caught by the person that just woke up telling a lie has to do the dishes later.

Got away with feeding the sleeper a fake story? (Everyone will have to have told their part of the story convincingly.) The person who fell for the story will then have to do the dishes later.

Hopefully, this list of Indie’s favourite road trip games can make road travel entertaining and playful for the young and the old alike.

Seasonal vanlifer on a permanent holiday. Does occasional creative work to sustain his diet of beachside margaritas and paperback thrills. 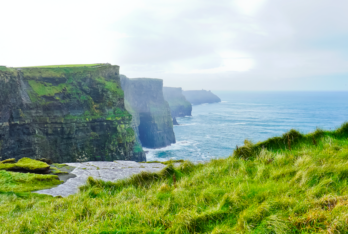 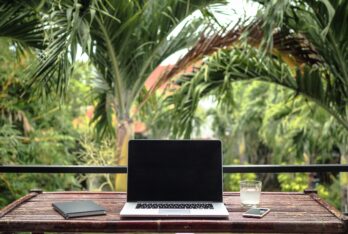 Making money on the road: how to find digital nomad jobs 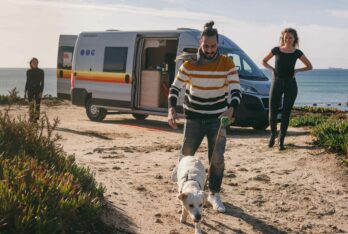 10 Tips for an Awesome Road Trip with a Dog